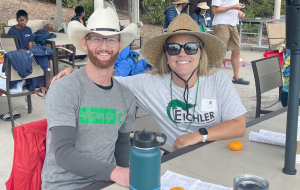 Multiple top 10 school performances and personal bests achieved across the board from sprint and distance freestyle to IM and butterfly events. Kelley assisted the University of Miami in all aspects of the swimming program, which include: recruiting, scheduling, budget management, practices, fundraising, team travel and equipment ordering.

“I was lucky enough to have really great coaches, so that‘s something I want to give back, the focus is – work hard, swim fast, and have fun while you’re doing it.”

The team break four school records and a program-record five NCAA “B” cut times. The Rams posted nearly 90-percent lifetime bests in the pool, and had 11 new additions to the all-time top-five performers list. Seven athletes were recognized as Mountain West All-Conference selections in nine events during her first year.

Kelley was the University of Georgia’s Masters Club swim coach during the 2007-08 season. The Atlanta, Ga. native, who earned a bachelor of science degree in Child and Family Development from the University of Georgia (2007), also spent time coaching at the youth level – first as the Atlanta Athletic Club assistant swim coach in 2008 then as the head Riverwood High School coach from 2009-10. She also spent a year and a half with a Nike team dealer being a liaison for various levels of swim programs.

Kelley served as a Community Swim Coach for the Riverwood Raiders 2009-2010 high school season before she was lured to the college coaching ranks. During Kelley’s tenure in high school, she was a three-time Scholastic All American and finished second in the 100 Fly and third in the 200 IM at the 2003 Georgia High School State Championships.

Kelley is married to her husband Thomas, and have a daughter Eva (5). 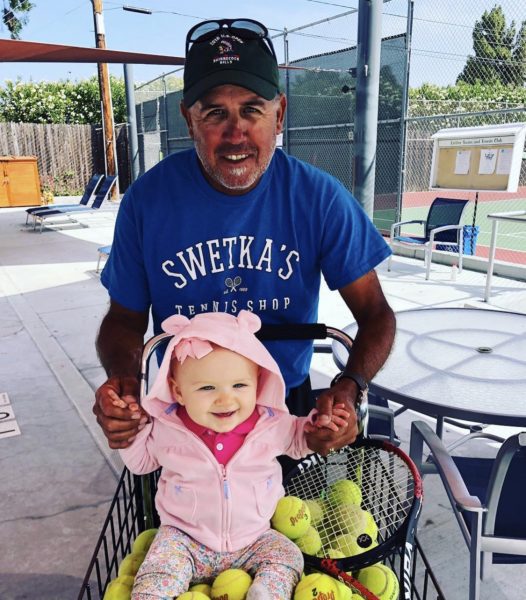 Conrad has been the Head Tennis Pro at the Eichler Swim and Tennis for over 30 years.

For two years in the early 90‘s he was also the men’s coach at Menlo College in Atherton. His playing career started at Los Angeles Valley College. Conrad then transferred to the University of Oregon where he played number one singles in 1978. Conrad moved to the Bay Area after college and competed in the Open Division in Northern California Tennis Association tournaments through his 30’s.

He now lives in San Francisco with his wife Joycelin Craig, an assistant director at the Exploratorium Science Museum, and his son Julian, who studies at SF City College and is an active member in a Jazz Band.